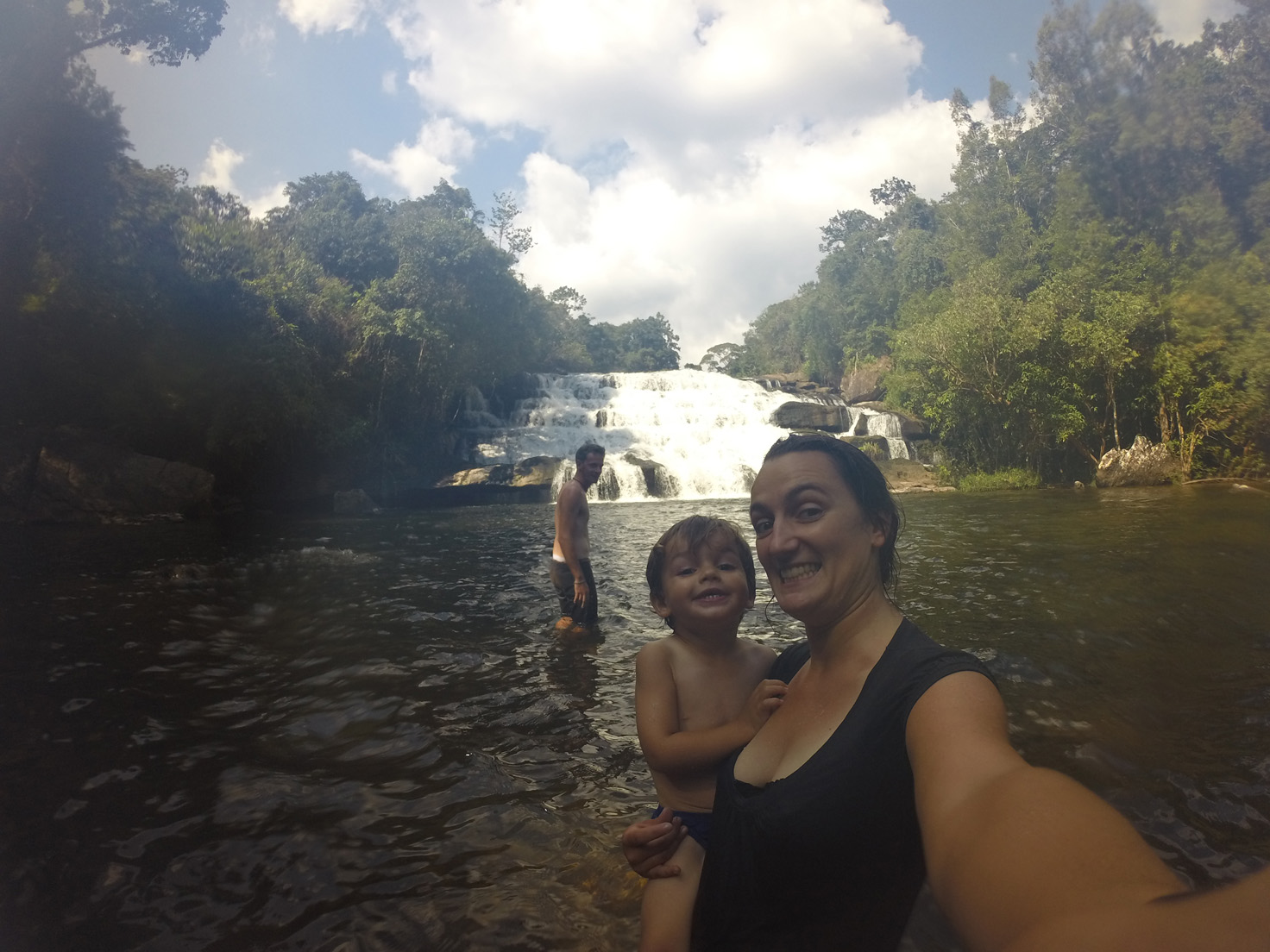 After a week of rest and acclimatization in Vientiane, where we did not do much because of the oppressive heat, we took our bikes to ride towards the south via Road 13 along the Mekong river down to Cambodia.
To avoid the heat we had planned to leave at 7am, but when the alarm rang torrential rain pounded the metal roof. Go back to sleep!
I do not know what silly idea made ​​us take the road that day at 10am, as the rain stopped, saying the temperature was bearable. We drove from 10am to 4pm, the worst hours of the day in a boring heat. It’s quite an experience feeling his brain in a bubbling juice. Looks like a Laotian soup, but not so good taste.

In our meetings with other cyclists to prepare this trip, we were told that the Lao were all welcoming and friendly and so far we have seen. Driss is welcomed by all women who want to take a picture or play with him so he says the two words he knows in Lao: sabaidee (“hello”) and Kop Xai (“thank you”). Our four hours daily bike are spent to greet everyone with smiles and warm “Sabaïdeeeeeeee.” And when we pass a school they are scores of children greet us screaming!

But if the people are hospitable, the climate is much less. And a “walk” in the jungle for four hours was our second stupid idea! After 4 hours drive on a climbing track in the middle of the jungle, we ended up at the edge of an idyllic waterfall where we could swim. A little further, a group of Lao people invited us to share their meals and drinks. When they were asked if they could sing a song they took all the stuff for karaoke: the sound system and wireless microphones (here I must remind you, dear reader, that we are in the middle of the jungle!). One detail that is important to the scene: the sound is disgusting and cranked, a delight for ears! After singing, eating, drinking and swimming, we had to leave our friends to ride back, but this time downhill! No less than 3 bowls and 1 big scare later we find ourselves in the village of our guest house healthy and happy!

Today we resumed our way south, waking up at 6am (yes it is possible) and now we ride from 7:30 to avoid hot weather … The european way of life and “tomorrow we will try to leave earlier” is far !!! 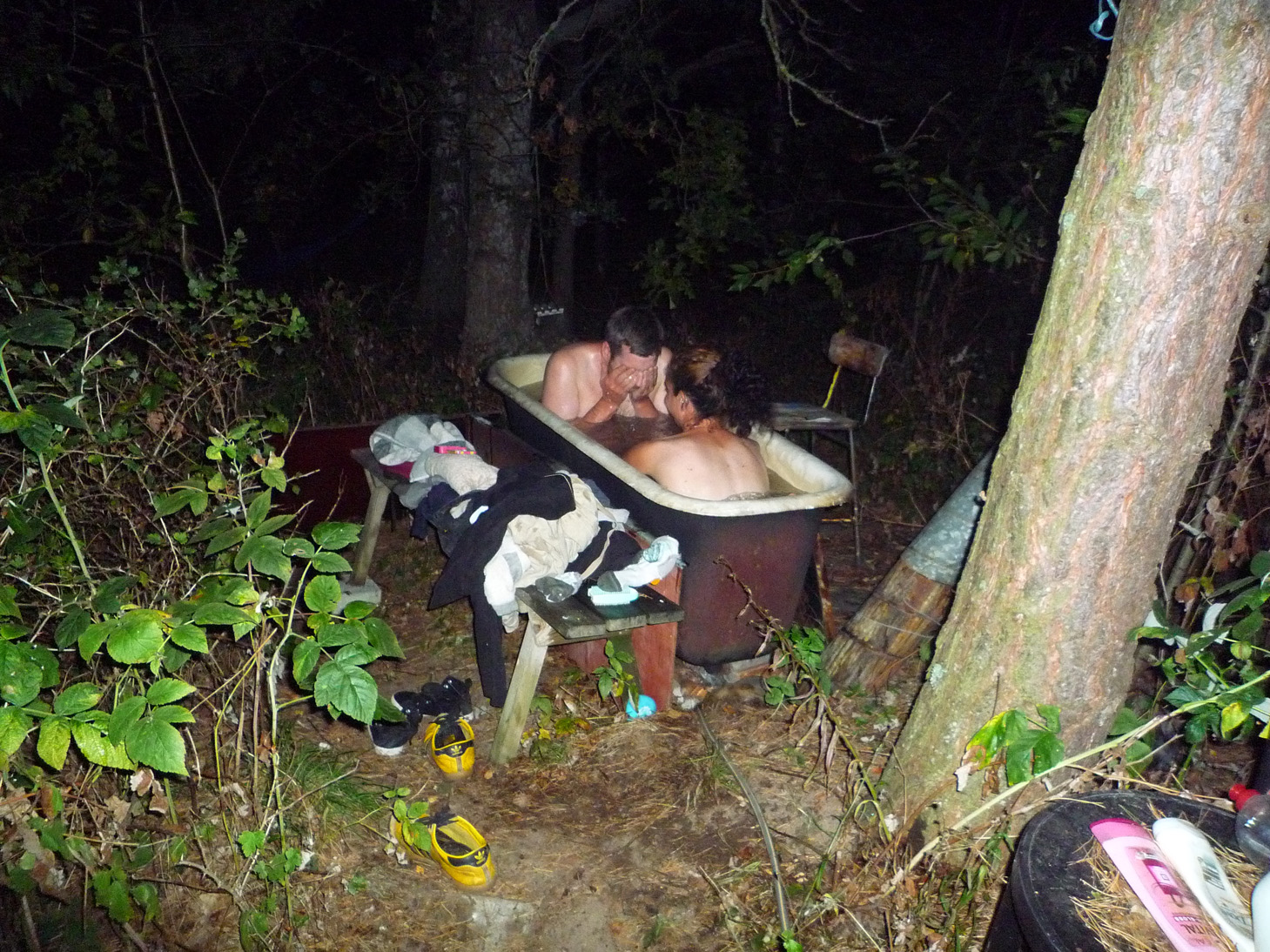 “Do you want more hot water?” 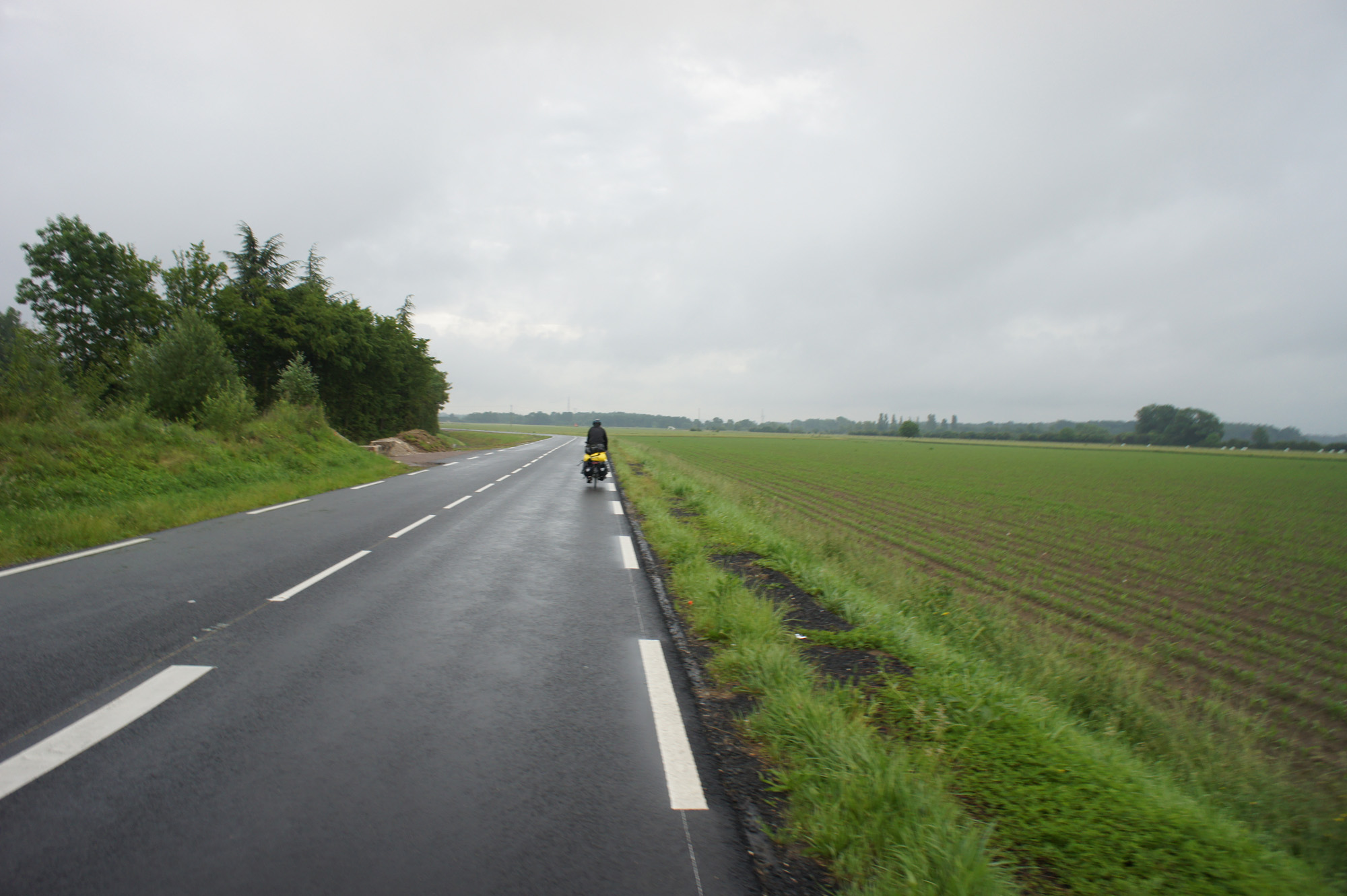 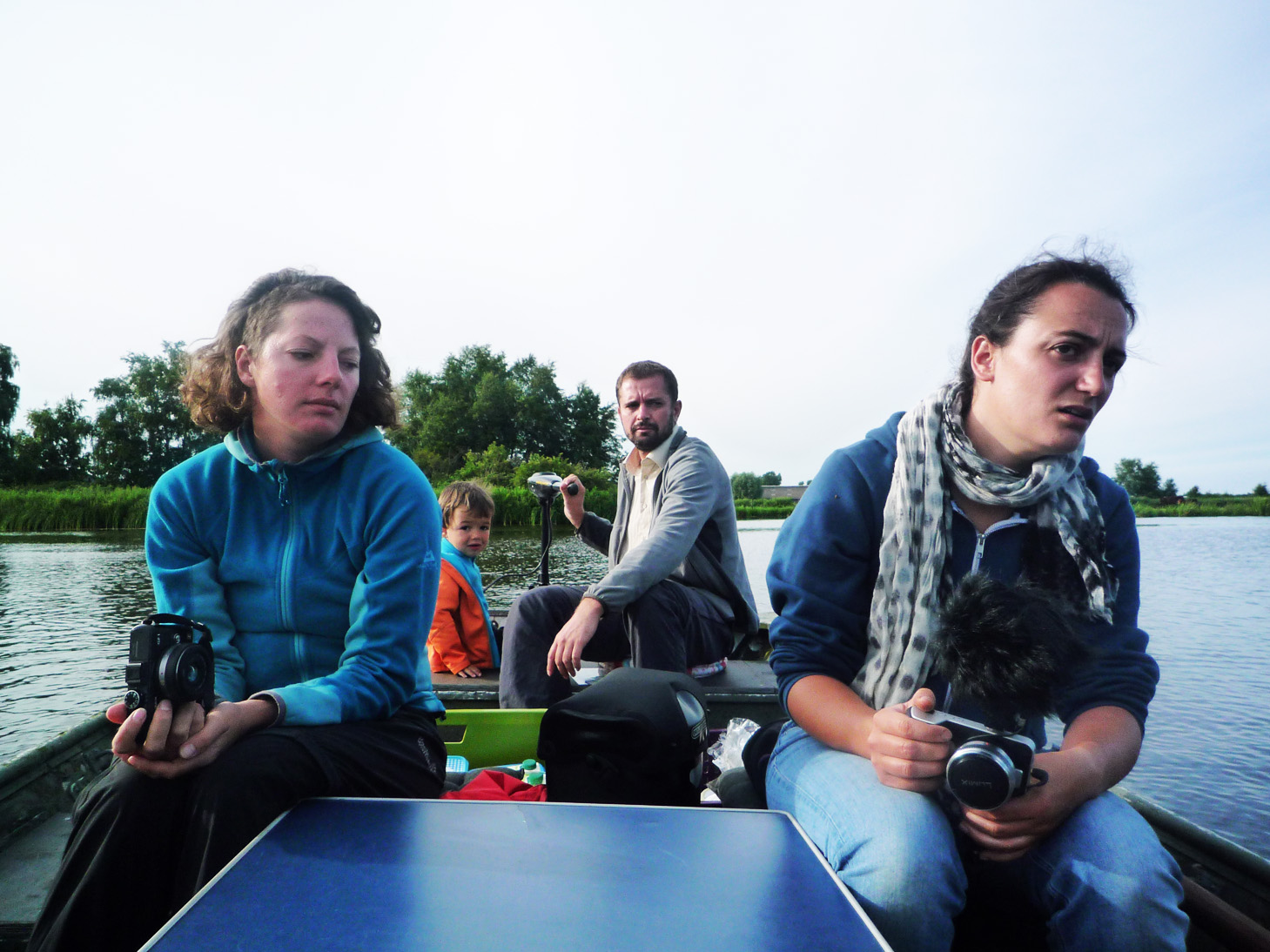 7th episode : Daniela and Christian on their way back home